Cardiff Violins are delighted to have supplied Harwood productions, the producers of the current BBC adaptation of Sherlock Holmes starring Benedict Cumberbatch & Martin Freeman, with a violin for each series. After news of Sherlock’s affiliation with Cardiff Violins spread across forums and fan sites, we have received visits from fans from as far as Japan, seeking to buy the same violin as Sherlock!

On hearing of Sherlock’s antics in our shop during his second visit, Dr. Watson kindly sent us a letter of thanks for our patience towards his socially clumsy (to put it mildly) friend:

Cécile and Chris at Cardiff Violins,

I just wanted to say thanks on behalf of my friend Sherlock Holmes for the violin he recently purchased from you. He would thank you himself; only, well Sherlock doesn’t really do that sort of thing.

You were extremely patient with him, much more than he deserved which I should also thank you for, as a lot of people find him ‘difficult’. Thought you handled the situation very well, especially when he insisted on deducing the history of each instrument he picked up, in addition to identifying the rosin dust from each bow that had previously been used! Anyway sorry about that, he’s always like it and yes it does get annoying, but at least you don’t have to live with him.I don’t know much about violins myself, but it looks a lovely violin to me. The sound it makes when Sherlock plays it is beautiful and the other evening he treated me to a rendition of Bach’s Partita No.1, which sounded particularly marvellous on it. He seems very pleased anyway, that is to say he hasn’t complained at all and tells me playing it helps him think, which believe me is high praise indeed.

We are also pleased to have been able to help Big Chief Studios by loaning them a Con Fuoco violin to replicated in 1/16 scale for their Sherlock collector’s figures.  The exquisite attention to detail of the figurines has taken months to create, and has involved working closely with the actors to make the most accurate replicas possible.  The team also managed to catch Sherlock in an uncharacteristically gracious mood, allowing them to pose for a photo with him…he must have been pleased with their work! 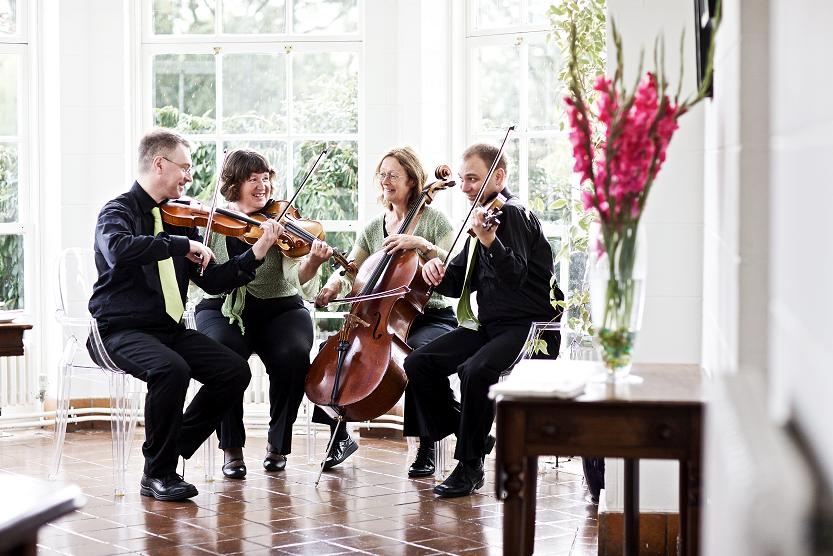